I’m back in Ireland 2 years today after being away for 3 amazing years. Some days it feels like I never left, others it feels like I’m only home a wet week. To celebrate being back I thought I’d highlight some of the best places I ate in while I was in Australia and travelling South America.

Sydney was home for almost 3 years. An incredible city that really helped open my eyes towards other foods and cultures. I ate in dozens and dozens of incredible places in Sydney, and some bad ones. My favourite place was the Chinese, or Paddy’s Markets.

Sydney’s Paddy’s Markets is the best place to get fresh fruit and veg in the city. Located in Chinatown, the market is the ground floor of the shopping centre and split in half. One half is the fruit and veg market, the other is a treasure trove of tourist nic-nacs, clothes shops and bag sellers. There’s also a full 3 storey shopping centre up above. 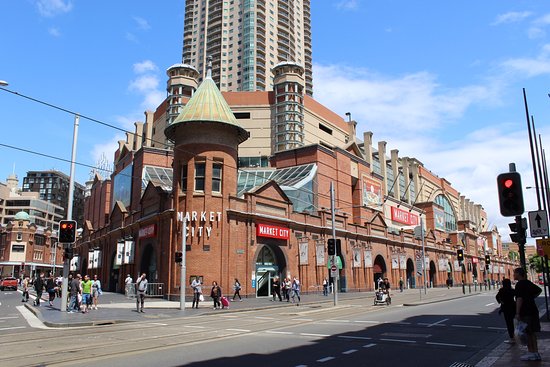 Every week we’d head along to fill our granny trolly with apples, bananas, oranges, peppers, onions, pumpkins, as well as always trying to get and try some exotic fruit or veg. Things like persimmon, dragon fruit, daikon, avocados and handfuls of different green leaves became part and parcel of our daily menu.

There was also a little herb and spices stall. This was a game changer. Scores of dried herbs and spices available to buy as much or as little as you want. The guy that works there is a genius. He’d let you try a few things, he’d ask you what you were having for dinner and recommend some spices or a slice mix, he’d even give you a few vegetable crisps if he was feeling extra sound!

The only bad thing about White Taro was that it wasn’t open the whole time we were there! It opened its doors down the street from us in our final year. Run by a Vietnamese family the tiny cafe is an absolute gem!

We’d regularly pop over for breakfast or brunch at weekends, always greeted with a big smile from Maria. Favourites were the Waffles and Smash’Em Veggie or Deconstructed Bahn Mi.

Before Dublin started to produce some incredible burger joints like Bujo, Bunsen, Wow, there was Chur. Kicking it in Surry Hills but with its heart in New Zealand, Chur was the burger place in Sydney.

5 burgers, beef, chicken, pulled pork, lamb, fish. All equally delicious. All so tasty. And all ten bucks! You’d get special menu items like frickles or corn on the cob, fries on the menu too and all washed down with a tasty shake.

Fried chicken 🐔 with chorizo is this weeks special, add a bit of spicy mayo, spicy slaw and spicy pickles and you so got the goods!!!! #churken #chur #churburger #churburgersurryhills #churbro #chicken burger #cheeseburger #beefburger #bestburgers #burger

Pies. Not something I’d eaten a lot of until Australia. That changed when I discovered The Pie Tin.

Order & eat inside or have our savory pies as take away. See you soon 🍽 #pietin #pies

Like White Taro, Rosie Campbell’s opened late into our Australian stay and was one we wished was there longer. Serving up Jamaican and Caribbean delights, Rosie’s was a guaranteed amazing meal.

Decked out with pictures of Grace Jones, Bob Marley and pictures of Jamaica, food was served up on trays with a cold bottle of Red Stripe.A menu comprising of jerk chicken, spices fish, sweet potato fries and a host of others was worth the trip every time.

Jerk rub'd, sauced up & served up for $12 on Tuesdays. Catch a large bucket🔥

If you fancied a late night pizza and beer Dimitri’s was the place to go. You could sit in or take away and have a chat with the guys there about some tasty craft beer they had.

I love this place. It was like something from a movie. A classic local pizza place. A favourite was definitely the roast pumpkin and ricotta pizza.

I probably miss this place more than anywhere else. I think I had Gelato from Messina at least once a week for 2 years! Some times more!

They had a standard 20 or so flavours of gelato. Salted caramel was the greatest of these. But then there was the specials. They had one with blue crystals in hour of breaking bad, they did a run of Game of Cones during GoT, they even did a range of desserts and cakes!

VOVOVROOM – Coconut gelato with raspberry sauce, shortbread and marshmallow. Iced vovo's are not just a biscuit they're a way of life.