It doesn’t get much realer than Bam Bam aka Bronsolino aka Action Bronson. The Queens, NY native is a chef turned rapper by way of accident and faith. Before he was touring stages of the world performing hits off his albums, Mr. Wonderful, Well-Done and Dr. Lecter, he was a respected fire-flame gourmet chef in New York City. He hosted his own online cooking show titled Action in the Kitchen. After breaking his leg in the kitchen, he concentrated solely on his music career. 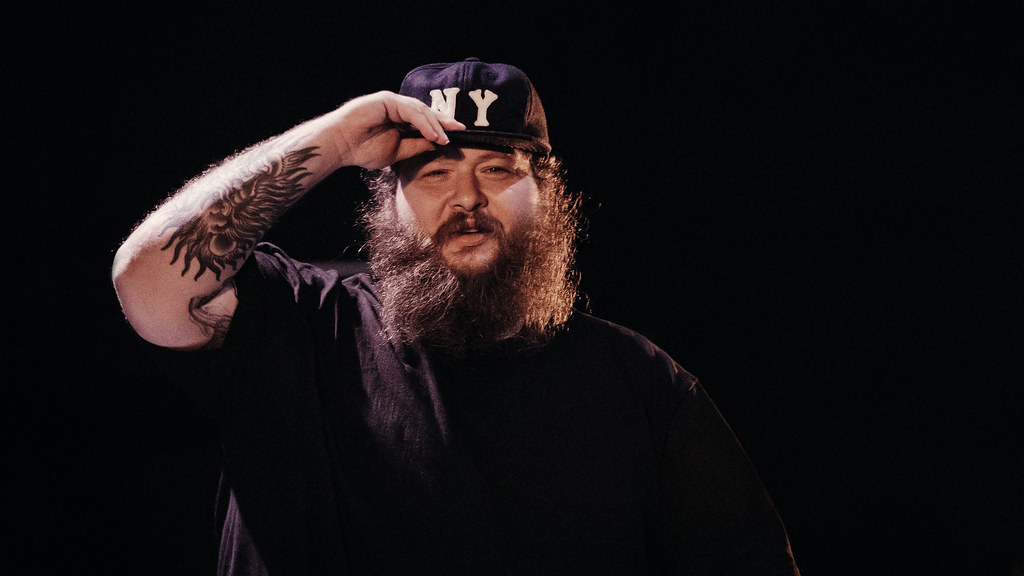 So what is it about Action Bronson? First off he’s a hip hop genius. His mix tape Blue Chips 2 is outstanding and one of the best releases in recent years. It really catapulted him onto the rap main stage. Plus he raps about food! Lyrics like “Eating chicken Parmesan in a holding cell / my feet up” or “The olive oil virgin, first press, it’s never blended, kid/ I’m straight raw like Carpaccio“.

This dude was making a living doing what he loved. Grilling and eating food, and doing a little rapping on the side. Then, after a leg break, he concentrates on his rap game and breaks into it, after releasing some awesome mix tapes. This a big, white guy, from New York, who sounds like Ghostface Killah!

Check out Action Bronson hosting “Fuck, That’s Delicious” on Viceland or over on YouTube.

“From philly cheesesteaks, lobsters on the barbeque / I’m getting twisted eating chicken with a prostitute / An hour later eat the burger with my drug dealer / Then add the butter to the fudge to make the fudge realer.”